Kye put a lot of time into the design and testing of The Numinous ski so it would allow him to perform in the most progressive way while he’s out riding stacked pillow lines, tricking off natural backcountry hits, sliding down steep fluted spine walls, stomping big cliffs and opening it up down large couloirs in his backyard of the Coast Mountains of BC.

The shape of The Numinous is designed to be a versatile powder ski in the way that it can be set on rail through long carves while still allowing the tails to slide at will and butter with the best of them. Even though this is a powder and backcountry ski, that doesn’t mean we have forgot completely about on piste performance; For being the gun of the Kye Shapes line it still likes to carve the firm at speeds and smash through chunder on route to getting the first lift up Glacier chair on a classic Whistler powder day! 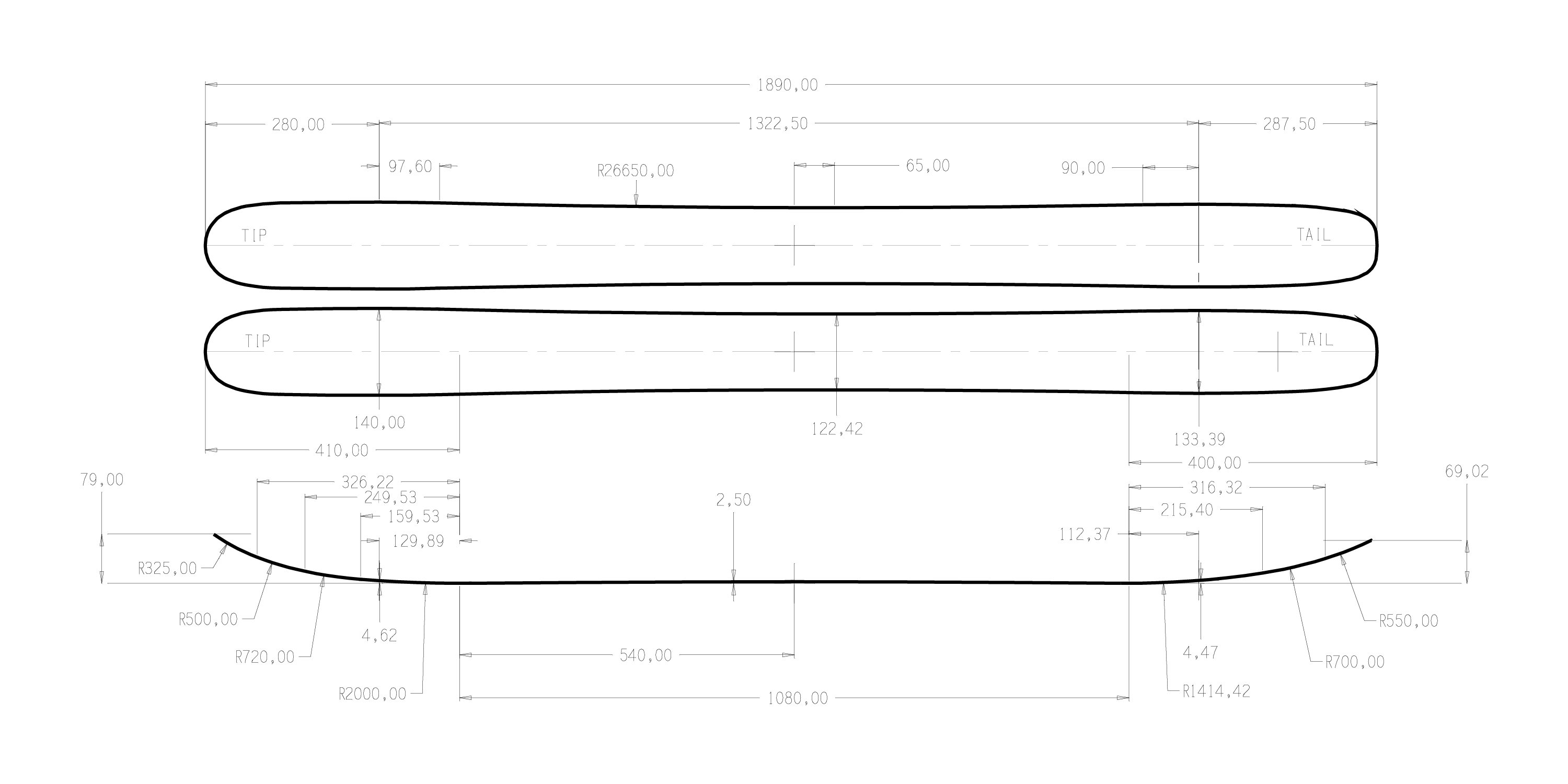 Kye has invested over a decade of his life involved in testing and developing skis with major brands and designing his own pro model line. His decision to venture on his own path allows him the freedom and opportunity to explore the ideas he has collected over the years.

Brainstorming and experimenting with Matty Richard and Johnny "Foon" who both share two decades of testing and development with major sponsors, provide vital feedback for the design and shaping of Kye's vision.

Foon Skis offers a 2 year warranty, from the date of purchase, on all KYE Shapes ski product damaged as a result of defect.