CANADIAN FREESKIER KYE PETERSEN LAUNCHES KYE SHAPES
A New Ski Brand Based out of Pemberton, BC

The past has caught up with the present moment and is now becoming the future. Straight out of Pemberton, BC, Kye Petersen has been silently grinding away in a workshop on the outskirts of town, developing a ski that will push the boundaries of freeskiing. After being heavily involved in ski design for the last decade, he’s struck out on his own to create a line of skis, Kye Shapes, that are built on the expertise of a ski career that began when he was 12 years-old.

“I want to introduce new things not just to myself, but to other people as well,” says Petersen. 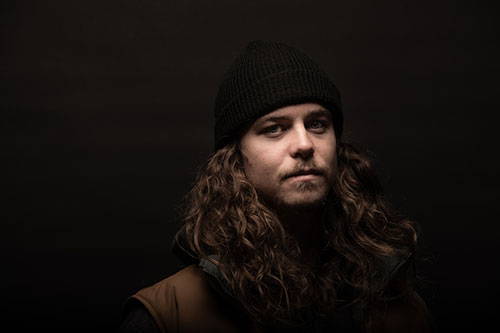 He has sought the knowledge and expertise of, Johnny “Foon” Chilton, a local legend who started his own brand, Foon Skis, back in 2011. Johnny has mentored Kye throughout the whole process and is bringing a lifetime of ski building experience to this new endeavour. Johnny was a good friend and ski partner of Kye’s dad Trevor, who died in an avalanche in 1996. Now that partnership has been passed through the generations and lives on in the mountains and in the workshop.

Kye Shapes will be a sub-brand of Foon Skis, both united under the same roof, but each with their own identity and different style of ski construction, similar to Firewire Surfboards and Slater Designs.

“We want to keep the Foon brand as it always was: a really homegrown brand and take Kye Shapes and branch out from that,” says Kye of the working relationship. “We’ll have the same ethics, but we want to reach a larger audience.”

The line’s flagship ski is called The Numinous, which is the award-winning ski movie that Kye produced in 2017. “The Numinous is a hard-charging backcountry ski that’s playful yet aggressive,” says Kye. But the actual definition of the word is supernatural, mysterious and appealing to a higher aesthetic, which describes Kye’s relationship with the mountains; a relationship that is the foundation of Kye Shapes.

Local freeskier, Matty Richard, is also part of the Kye Shapes team. He has been a ski tech for over 20 years and with the help of Kye and Johnny, he has developed a preternatural talent for shaping skis. Matty and Kye have been skiing the prototypes all winter long to ensure they are the upmost quality and ready for the market. After hitting the slopes with the prototypes, they have been heading back to the shop to work through the night perfecting the shape.

“To be honest with you, the skis have stepped up my own game,” says Matty. “Kye’s putting so much thought into this whole process and you can feel it when you ski them.”

In surfing, all the best surfers shape their own boards. Johnny Foon’s always applied that concept to his ski building process. Now Kye’s doing the same with his. And after a lifetime of research and development, he’s ready to show the world.

This is just the beginning…

Kye’s shaping yesterday’s lessons into his skis today so that tomorrow sees a whole new level of progression. The process is creating a new future for the sport, one that’s built on a solid foundation of the past.